CLASI Deputy Director and Managing Attorney, Laura C. Graham authored a piece in this quarter’s Delaware Lawyer Magazine titled “Unaccompanied Youth Seek Avenues to Safety.” In a few pages Graham covers an issue that is central to the national conversation on immigration: unaccompanied children. Many factors play into children fleeing their homes and seeking peace and safety in the United States. The most prevalent of these are abuse, neglect, and violence. Graham shares four client stories, like Ana’s story, that illustrate this point:

“Ana’s father physically abused her and her mother in her home country. Ana’s father made her work in the fields beginning at age 12 and then stole Ana’s earnings to buy himself alcohol. Ana’s father struck her with his fists and belts. Ana’s mother was unable to protect herself or Ana from the abuse. Ana reported that she rarely had enough food to eat and never received medical care. At age 16, Ana fled her parent’s abuse and neglect and came to the United States unaccompanied.”

Young people like Ana often find themselves having to represent themselves in immigration court, putting their livelihoods at even greater risk. Here at CLASI we are dedicated to representing as many unaccompanied children as we can — Check out Laura’s full article for a more in depth look at the problems facing unaccompanied youth and what is being done to help.

To find out more about unaccompanied youth:

To support the work done by CLASI and DVLS: 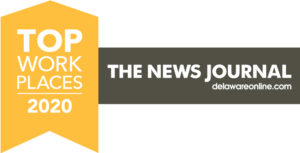 For the fifth year in a row, CLASI was ranked one of the top workplaces in Delaware! CLASI’s benefits package was highlighted as the best in the industry.